The choir was founded in 1961 by Choirmaster Herbert Hildebrandt. His previous workplace, the Church of Reconciliation (Versöhnungskirche), was situated directly along the Wall in Berlin's Bernauer Strasse. It was no longer allowed to be used from August 1961 onwards, and was later blown up by GDR border troops. Berlin Cathedral had also lost its choir as a result of the Berlin Wall being built. The State and Cathedral Choir, which had previously performed at Berlin Cathedral during concerts and services, stayed in the western part of the city. On 16 October 1961, the first choir rehearsal of the new Berlin Cathedral Choir, the Domkantorei, took place under the direction of Choirmaster Herbert Hildebrandt. Rehearsals took place in another church because the Cathedral itself was still a ruin at that time.

Church choirs during the time of the GDR were places of refuge for open ideas and words; a counteracting force and a spiritual home in an atheist state. Like many church choirs, the Berlin Cathedral Choir was hardly permitted to advertise publicly and, for many years, not permitted to sell admission tickets. Only the collections served to pay the expenses for soloists and orchestra – even for large concerts.

Berlin Cathedral Choir sang at various churches in Berlin up until the re-inauguration of Berlin Cathedral in 1993 which had been destroyed during the Second World War; these churches included St Bartholomew, St Sophia, the Zion Church, St Mary's Church and the Gethsemane Church. On 5 April 1990, the choir participated there in a service for the first freely elected People's Chamber of the GDR. Herbert Hildebrandt retired due to age in the summer of 2003. Tobias Brommann took up the position as his successor. 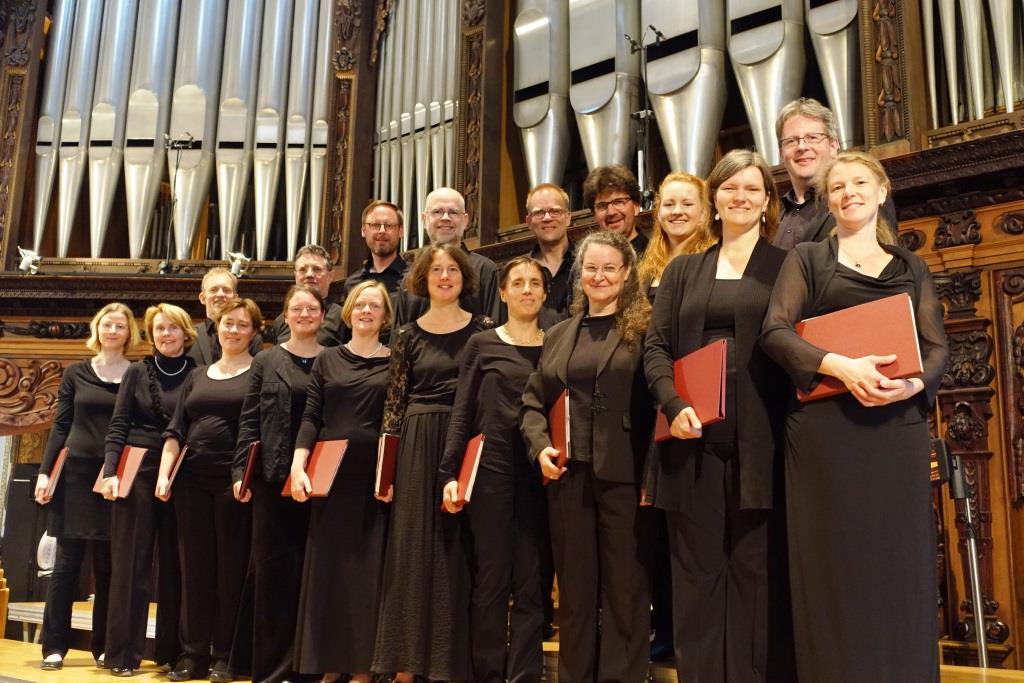 Church Music Director Herbert Hildebrandt, born in 1935 in Adlig Kessel / East Prussia, experienced an unsettled childhood and youth: His journey to Berlin took him from Königsberg (now Kaliningrad) via Sopot, Demmin and Rügen. He completed his studies in church music in Halle / Saale between 1953 and 1958.

He held his first position as church musician at the Church of Reconciliation (Versöhnungskirche) in Berlin, which was located directly on the sector boundary at that time. The construction of the Berlin Wall meant that the community and an excellent church choir were both divided. The church was later demolished by GDR border patrol guards.

He also composed a diverse number of choir settings for his work as needed. A collection of settings was published in the Evangelical Church Hymnal in 1979, as well as a booklet containing arrangements of European Christmas carols. He was involved in the publication of musical works by the ‘Old Masters’, and archived the approximate 10,000 ecclesiastical pieces of music belonging to the music library of the Cathedral Choir.