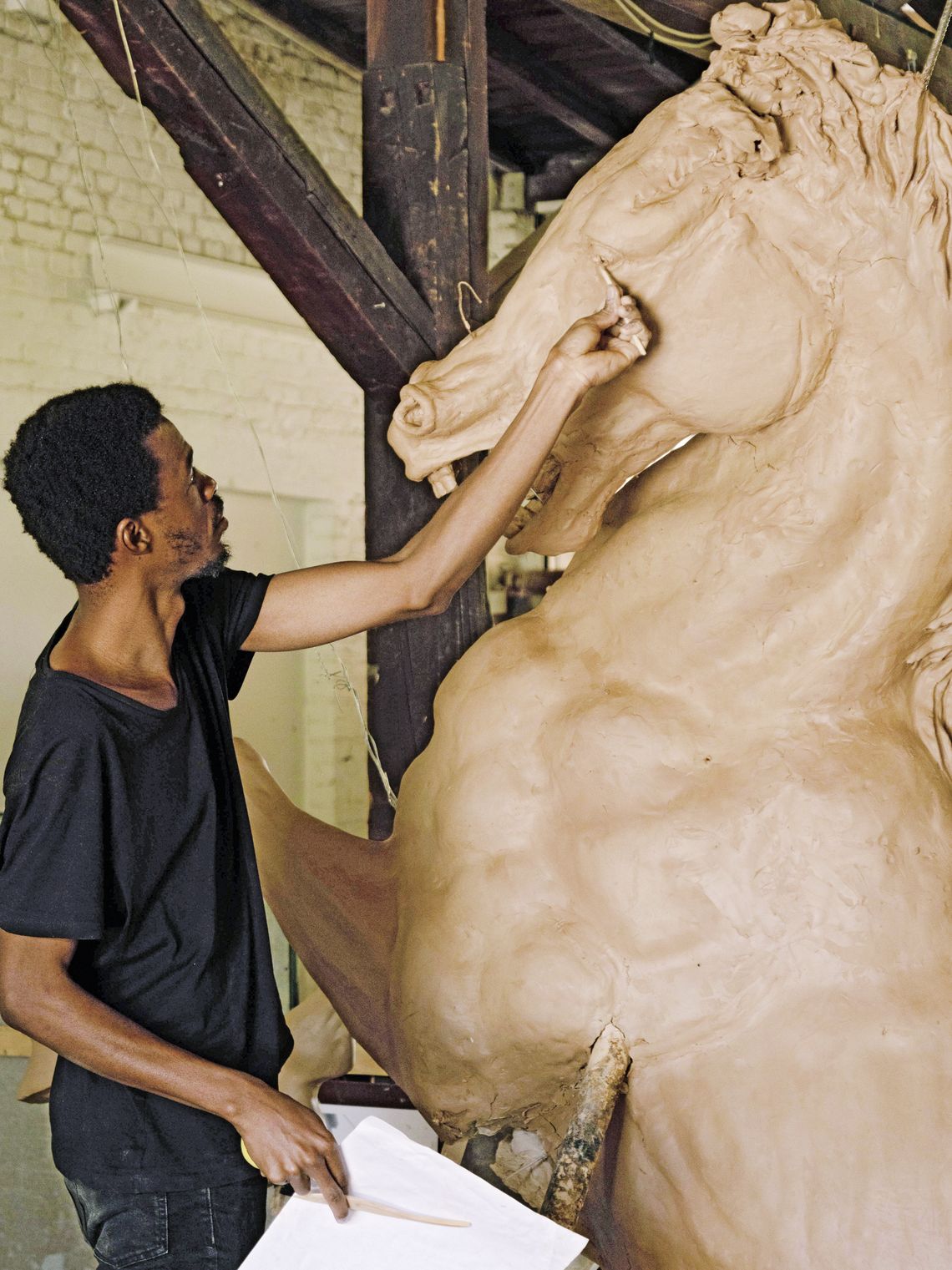 Here in the Berlin Cathedral, not far from imperial equestrian statues of bygone times, his sculpture puts questions of power and the risky struggle for survival into a new context.

Although in the aesthetic tradition of the classical equestrian statues, Folakunle Oshun breaks with the colossal force of these monuments. Instead of stone, Oshun works with light plastic. Instead of a static posture, he makes the horse shy away and  prance as if in great horror. The rider, otherwise firmly in the saddle as a sign of unshakable power, is thrown from the saddle. Captured is the moment of the fall. A moment in-between in which it cannot be determined whether he can still grasp the fluorescent sword lying on the ground to defend himself, or whether all is lost.

"Museum of Hope" is accompanied by a video and sound installation created in the baroque architecture of the Berlin Cathedral. In its multiple narrative layers, "Museum of Hope" conveys both a cleansing, cathartic moment and a spiritual one.

Oshun states: "Faith, whether within a religious context or elsewhere, requires some form of resoluteness and aspiration; hope on the other hand comes from a place of complete brokenness. In this work I am pointing to this shared human capacity to defy circumstances and rise from the impossible."

The sculptor and curator Folakunle Oshun, based in Lagos, Nigeria is the initiator and artistic director of the Lagos Biennale. He studied fine arts and art history at the University of Lagos and received the Potsdam curator's prize. Oshun is guest curator at the Pinakothek der Moderne in Munich and advisor for the Afrique 2020 season in France. He currently lives in Berlin.

The sculpture has been created in a studio hall in the north of Berlin for the past few months, where a room was provided for the artist. After a coincidental encounter at the beginning of the year and a conversation about his work, the idea arose to show the sculpture in the Berlin Cathedral.

It can be seen from July 25 to August 12 in the Baptismal and Matrimonial Church of the Berlin Cathedral, tickets can be purchased here as part of a tour ticket.