The Staats- und Domchor Berlin is the boys' voice choir of the Berlin University of the Arts. It is considered the oldest musical institution in Berlin. The first evidence refers to the year 1465, when the Elector Friedrich II of Brandenburg hired five "Singeknaben" for his "Dhumkerke".

Today, about 250 boys' and men's voices between the ages of five and twenty-five sing in the various choirs - from the Dominis to the Kurrende to the Konzertchor. The repertoire is as wide-ranging as the age groups. While the youngest begin their vocal training by playfully singing simple children's songs, the trained concert choir singers perform together with famous ensembles such as the Berlin Philharmonic Orchestra in the city's major concert halls, at the summer festival of the Federal President in Bellevue Palace, or even at church services in Berlin Cathedral.

The Staats- und Domchor Berlin cooperates with the girls' choir of the Sing-Akademie zu Berlin, which offers equivalent musical training, choir structure and performance opportunities. Each year, the city's children who are enthusiastic about singing are invited to audition and a suitable choir group is found for each child's voice.

The approximately 500 young singers of the Staats- und Domchor and the Sing-Akademie come from all over Berlin and are a reflection of our capital city in their cultural and social diversity. They sing old and new music in many languages and are cultural ambassadors across borders with their voices. For their numerous performances, the ensembles compose sacred and secular choral works ranging from the Renaissance to the immediate present. Collaboration with contemporary composers is a particular concern of the ensembles. The focus is always on the joy of singing. 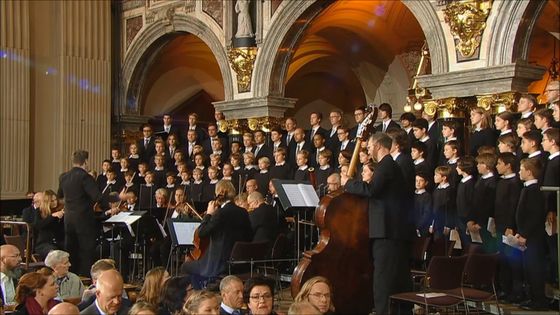